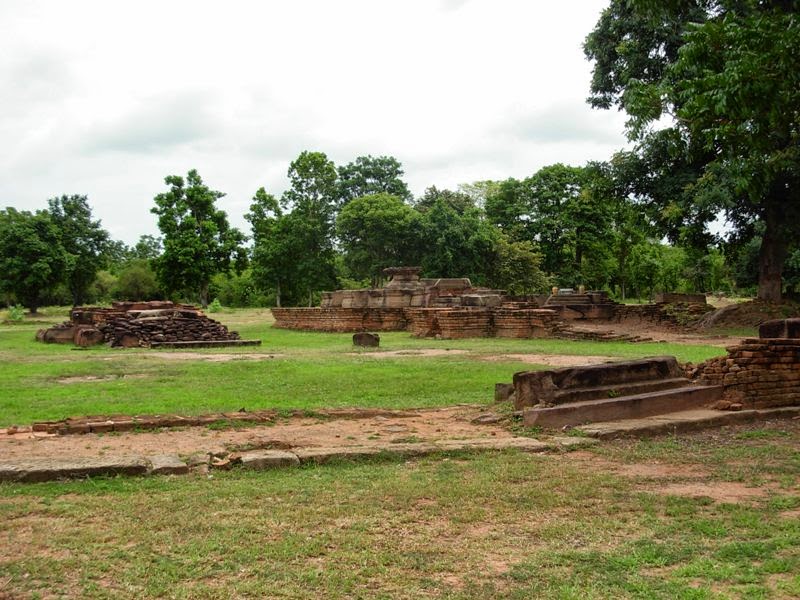 Is located approximately 37 km away from SEMA, Nakhon Ratchasima, Sung noen district from the market. Travelling across the trunk and neck through the stone house set trucker until SEMA city is approximately 4 kilometers, SEMA city map is 3 km long and wide, egg-shaped 4 kilometres at present still see traces the moat and earthen walls surrounding the partial. This city is the ancient dvaravati. Founded in the 12 century, and a sequel to the 16-17 centuries under the influence of ancient Khmer culture. SEMA City area with archaeological remains of laterite and sandstone remains. There are various relics were discovered, as many who received the most attention is the reclining Buddha sandstone and historic Dharmacakra, currently in dharmachakra SEMA RAM.

Pha sat mueang khag next to the castle is approximately 600 m holler as non, ancient monuments, the large brick-and-sandstone. Resembles a rectangular Facing the North consists of the Castle (the library), the University President, banna 2. Got balconies after the pool gate. A glass wall and a small brick Castle from the archaeological digging in 2502 (1959) and digging in – 2533 (1990) 2534 (1991) Found the lintel carved patterns, including stone sculptures, deity shaped inscriptions that were founded as a base as the arch door. Assumed that the castle was probably the places of worship in the 15 century age of Brahmanism. 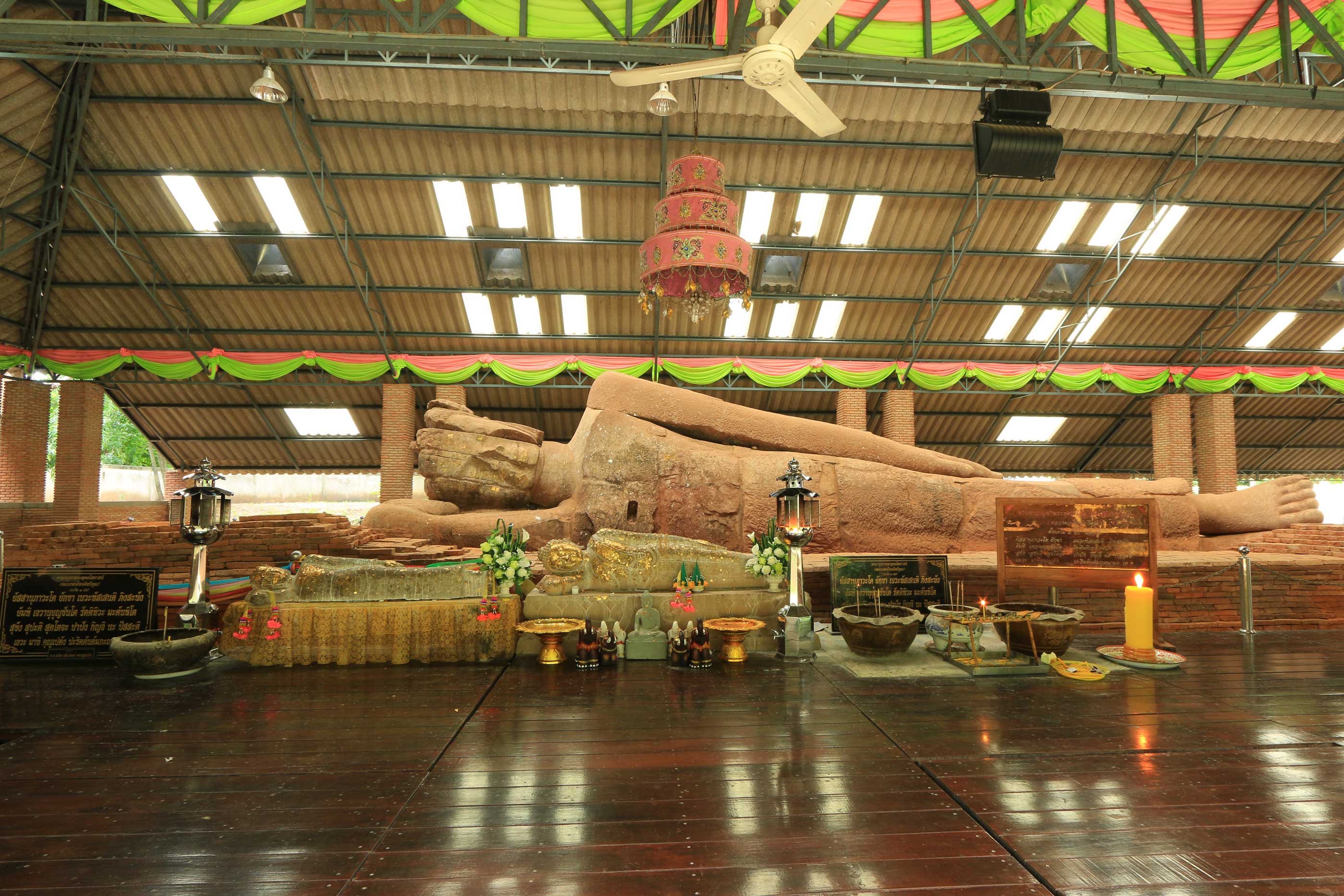 Located at ban Khlong khwang SEMA subdistrict, formerly a monastery in dvaravati. There are significant Buddhist relics, reclining or sleeping Buddha sandstone Buddha manifested, death. There are approximately 1200 baebotwaraodi style Buddhist abdicated before facing East, according to the traditions of the Buddhist religious sites in 2005 1934 2538. building and covered the sleeping Buddha to rain sunscreen may provide to the sleeping Buddha with length up to 2.80 m 13.30 meters high which is enshrined at Wat dharmachakra SEMA RAM. T. SEMA Sung noen, Nakhon Ratchasima Temple Tue, a tiny, simple and quiet, but with a lot of historical value, because in the past this area was once a city of Gorakhpur city of Nakhon Ratchasima, or are born in current construction with multiple large red sandstone cubes combined along the North, Suite.Satai length 13.30 m 2.80 m height around 1200 abdicated the cloak are on the South side, facing East. His presence is relatively square consists of four sheets of sandstone stacked. Monk won-the body composed of sandstone with the same vertical plates. There is also the old stone Dharmacakra wheel tooth-shaped lower engraved pattern of a similar page (phanatbadi. Furs Bodhi tree Ton Sai) maintained in pavilions. Other relics include part Buddha, bronze, PIM clay. Glass bead software using clay spinning and stone inscriptions. Is on display at the phimai National Museum.

The coordinates of the “black bridge. High Hill is a railway station “. Situated just a short walk from the train station, high hills, approximately 300-400 meters is the natural attractions, hot one in Nakhon Ratchasima province. The highlight of this, tourists will have fun to dip water play. Surrounded by beautiful nature, because there are large trees inotnin tree shades covered the River, visitors, playing a romantic getaway.

For Wang, the cowboy is a waterfall, swimming in a shady and quiet, especially on weekdays, not tourists? Which is located in the trunk, neck, the same waterfall ngasen trucker Wang novice. Distance approx. 2 km, Wang waterfall novice. 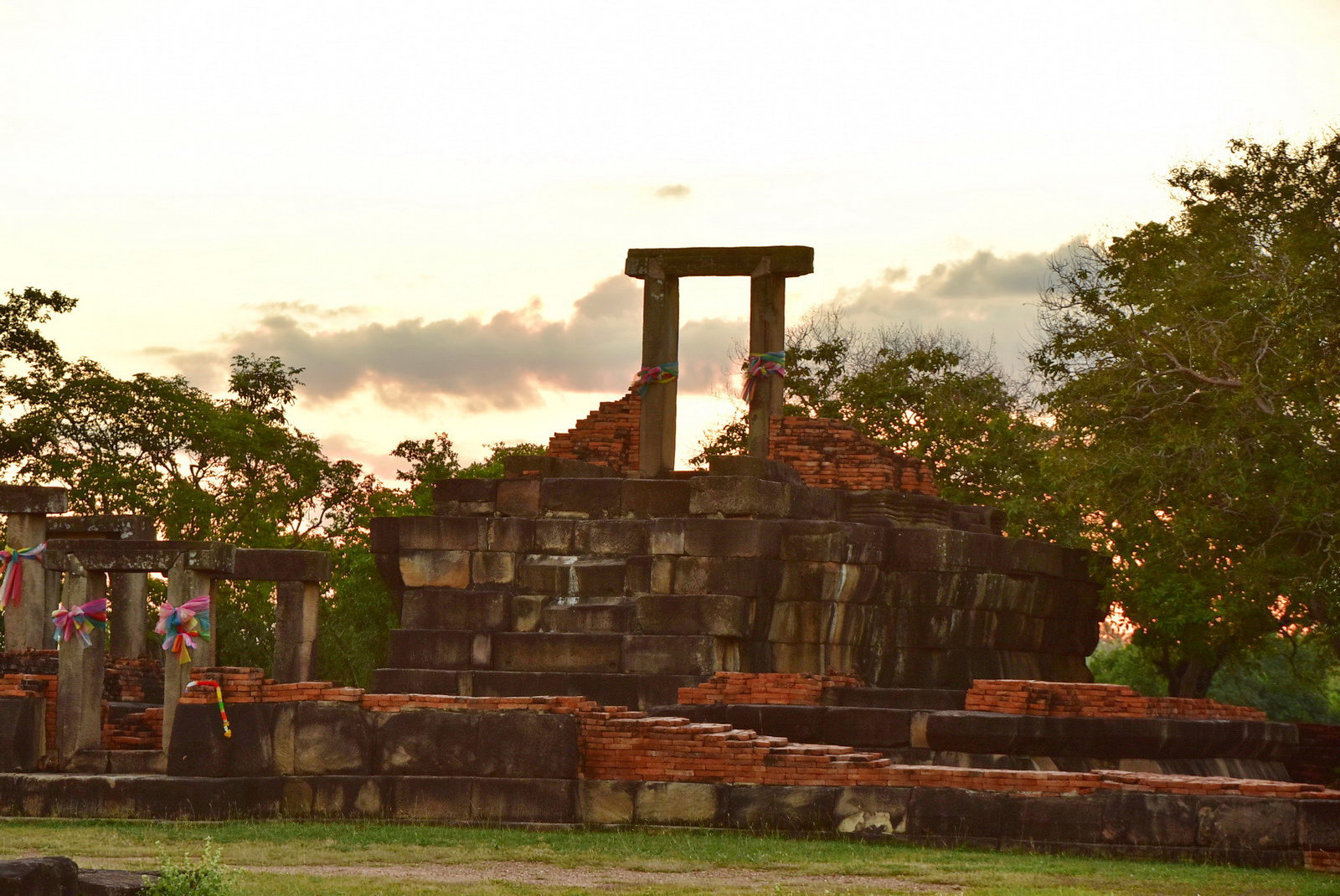 Prasat Non Ku is a small cluster constructed of brick and sand-stone. The plan is rectangular facing east. From the archaeological evidence was found and led to the assumption that the prasat was a Hindu religious buiding cluster in the ancient Khmer style in the 15th century.